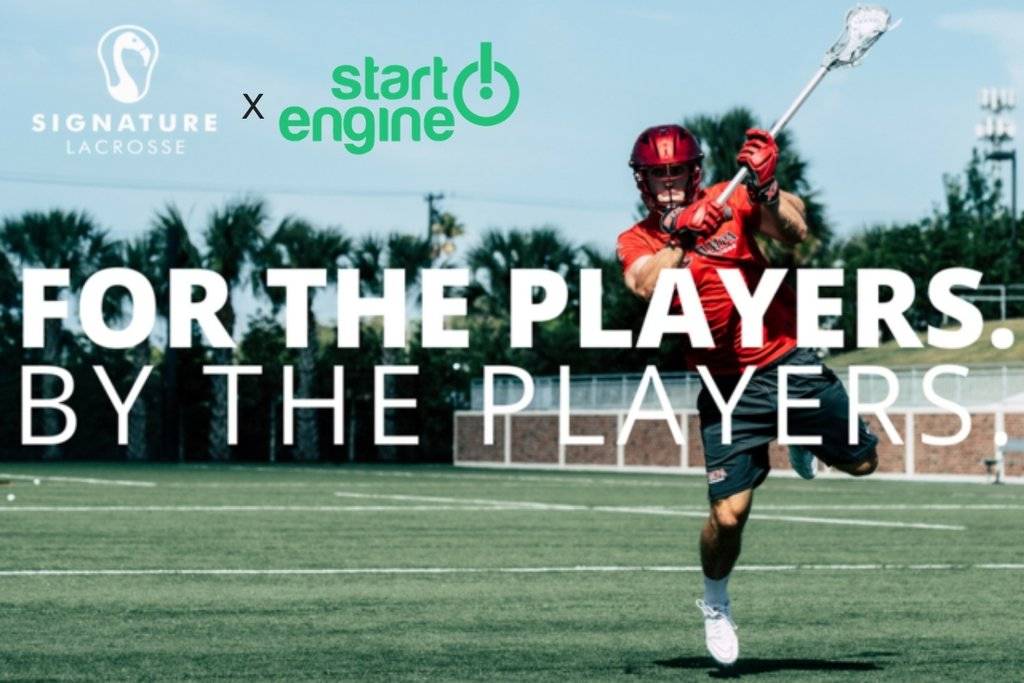 TAMPA, Florida (August 12, 2020) — Signature Lacrosse recently launched the first investment crowdfunding campaign in lacrosse (startengine.com/signature) to give investors an opportunity to get in on the company’s latest expansion—an initiative that has domesticated and automated the ordering and manufacturing process for custom team apparel, solving the age-old problems that have plagued youth sports. The Signature Partner Team Stores will mean program directors and parents can finally say goodbye to minimums, two-week order windows, four-to-eight week lead times, and sizing/color issues.

"Unlike Kickstarter campaigns where you make donations or buy rewards, equity crowdfunding gives you an equity/financial interest in the company,“ said founder and CEO Dan Soviero. “We had been approached by private equity firms and venture capitalists but wanted to stay true to our mission which is to be a company built for the players by the players. That’s why we’re offering lacrosse fans, players and sports parents a chance to get in on the ground level.”

Signature Lacrosse came to prominence when it developed the first premium lacrosse ball with a new rubber formula and improved manufacturing process. The ball quickly became the official ball of three professional leagues, four championships, and is the number one ball used in college lacrosse. They have since created a patented pro-strung stick with the first lifetime warranty in lacrosse and a patent pending quick-connecting goal, among other popular products.

“Since we began in 2016, we have set out to solve pain points within lacrosse with the plans to expand into solving problems for other sports.” says Soviero. “The new team stores will set out to solve the order time and quality control issues in custom team uniforms—not just in lacrosse but the larger sports market. We are making ordering custom team gear as convenient as placing an order with Amazon. Taking the headache off the program directors plate so they can focus on growing their program!”

Signature Lacrosse’s equity crowdfunding campaign, which is currently accepting investments, was made possible by the JOBS Act, which was signed into law with overwhelming bipartisan support in 2012; and Regulation Crowdfunding, which went into effect in 2016. This means the 90-plus percent of the population who weren't previously allowed to invest in startups can now take advantage of these opportunities.

Since 2016, Signature Lacrosse has revolutionized the game as manufacturers of the next generation of lacrosse equipment. Makers of the official lacrosse ball for the NLL, WPLL, MLL and CLL, the company has also developed a patented line of sticks and goals and just launched its simple team apparel store solution throughout the US. Signature’s innovative products are designed to help advance player experience and performance, making athletes better and enhancing accessibility of the game.